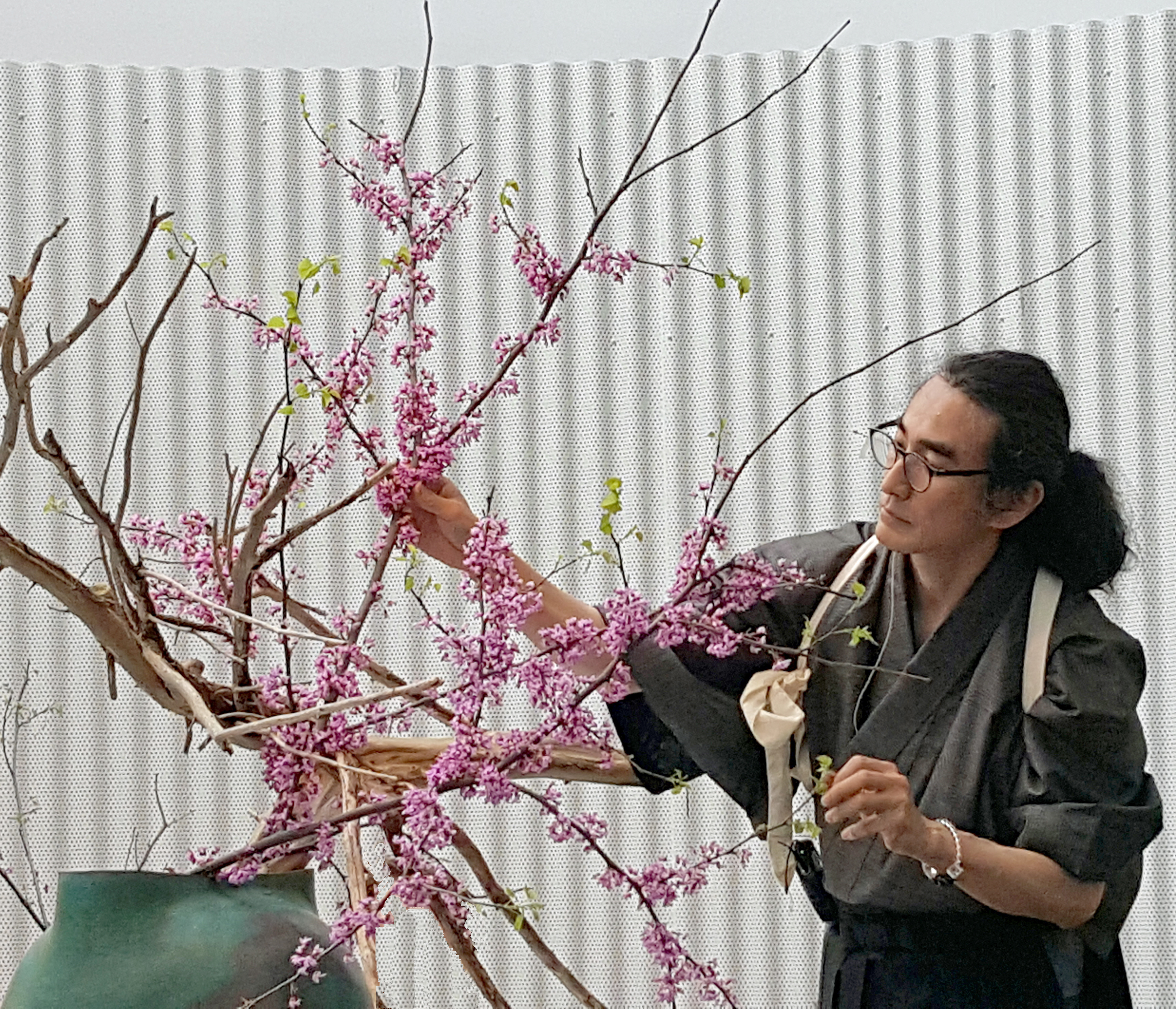 Ikebana International Detroit Chapter 85 held their annual “Glimpse of Japan” event last Friday, the 13th of May. Each year the chapter welcomes the community to an exhibition of Japanese-style floral designs created by the club’s members, refreshments and a program demonstration of ikebana by a master artist and other glimpses into Japanese culture.

After enjoying the beautiful ikebana exhibit, the audience settled into auditorium. Consul General Wada, first on the program, declared the day to be a “LUCKY Friday 13th” thanks to the exciting program II85 president, Lauren Paul, and the members have planned. A glimpse into Japanese music followed with the lyrical voices of Ms. Junko Kaho and Ms. Misato Matsuda singing songs of Spring, accompanied on the piano by Ms. Yuko Asano.

Then, special guest Grand Master Kihachiro Nishiura of Tokyo introduced a bit of the history, philosophy and spirituality of flower arranging in Japan. He followed with a demonstration of eight, very different arrangements, ranging from the small and simple utilizing only a few flowers to an expansive, elaborate and colorful floral representation of a blazing fire. He completed his presentation with a demonstration of shodo, the Japanese art of calligraphy, creating the ‘larger-than-life’ sized kanji characters with ink and brush of ‘flowers,’ ‘blossoms’ and ‘castle.’

It truly was a lucky day for the many visitors who came to enjoy this “Glimpse of Japan.”